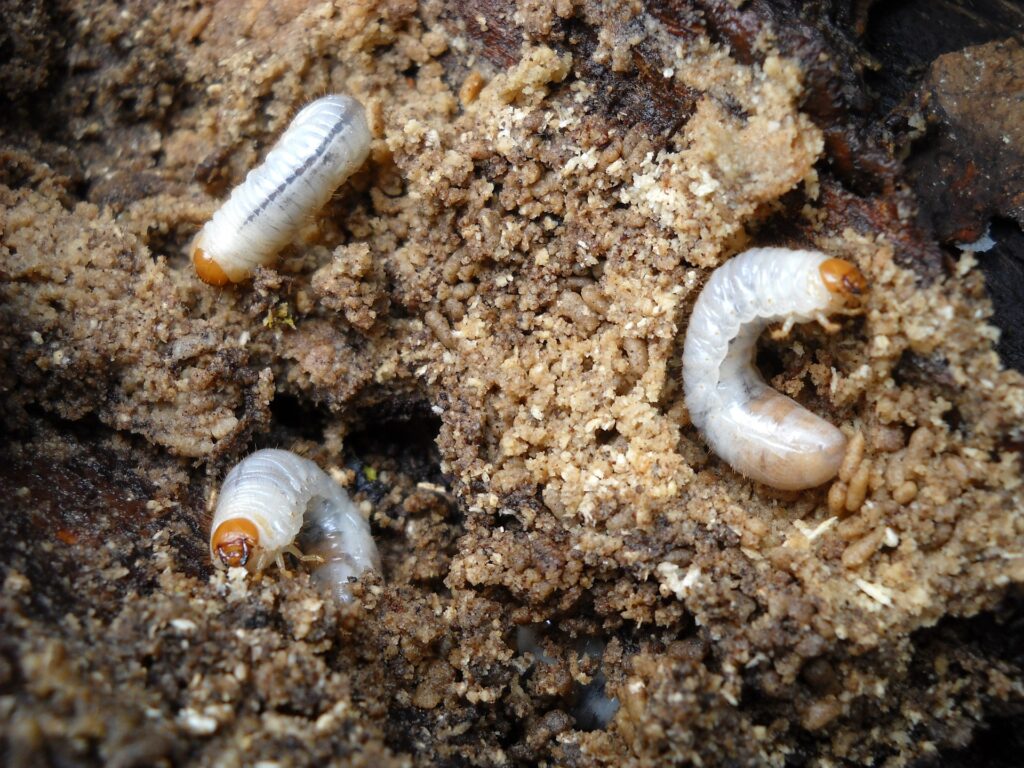 Grabs are the larvae of Japanese beetles, and here at Jay-Lan Lawn Control, one of our most popular services is grub control. Our lawn care professionals and grub exterminators are trained in recognizing the signs of a grub infestation and will provide you with a simple lawn care solution.

Ready to gain control of your Sioux City lawn?

Types of Grubs in Sioux City

Here in Sioux City, we have several different beetle larvae, also known as lawn grubs, all of which can damage the grass. These include:

Despite sometimes being called grub worms, grubs are not worms at all. Instead, they are the larval life-stage of several different species of beetle in the scarab family. Their appearance varies, but the most common grubs are a creamy-white color with a rusty orange head and six legs at the front of their body. Grubs are shaped like the letter C, and their bodies appear slick and shiny.

Eventually, grubs turn into adult beetles. But when they’re in the grub stage, they’re hard to tell apart, unless you have a magnifying glass.

Timing on When to Put Down Grub Killer

When applying the grub control product, it is also critical to follow the directions, which is why it’s something that is best left to the professionals. For instance, for the product to activate, your lawn must be watered immediately after application.

Get in Touch with Sioux City Grub Exterminators

Founded in 1975, Jay-Lan Lawn Care was one of the first lawn service companies in Sioux City, Iowa, and we continue to serve the community to this day. Grub control is one of our specialties, and we are happy to get your lawn looking perfect again.

How much should you water your lawn this Summer?Learn more
+ +